What is the Section 179 Deduction??

Most people think the Section 179 deduction is some arcane or complicated tax code.  It really isn’t, as the following will show you.

Essentially, Section 179 of the IRS tax code allows businesses to deduct the full purchase price of qualifying equipment purchased or financed during the tax year. That means that if you buy (or lease) a piece of qualifying equipment, you can deduct the FULL PURCHASE PRICE from your gross income. It’s an incentive created by the U.S. Government to encourage businesses to buy equipment and invest in themselves. It is sometimes referred to as the “SUV Tax Loophole” or the “Hummer Deduction” because many businesses have used this tax code to purchase qualifying vehicles (like SUV’s and Hummers.)

When your business buys certain pieces of equipment, it typically gets to write them off a little at a time through depreciation. In other words, if your company spends $50,000 on a vehicle, it gets to write off (say) $10,000 a year for five years (these numbers are only meant to give you an example.)

Now, while it’s true that this is better than no write off at all, most business owners would really prefer to write off the entire equipment purchase price for the year they buy it.

In fact, if a business could write off the entire amount, they might add more equipment this year instead of waiting. That’s the whole purpose behind Section 179… to motivate the American economy (and your business) to move in a positive direction. For most small businesses (adding total equipment, software, and vehicles totaling less than $500,000 in 2010), the entire cost can be written-off on the 2010 tax return.

For businesses adding even more than $500,000, the write-offs are still substantial. See the following graphic for an example of the savings that is currently available to you after the ‘Small Business Jobs and Credit Act of 2010’ passed in September 2010. 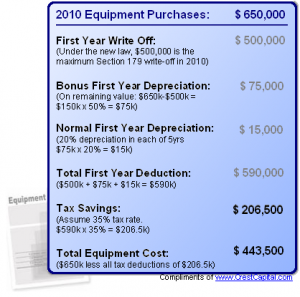 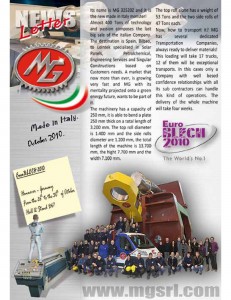 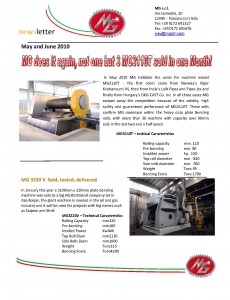 MG does it again! Not one but three MG3110T sold in one month! 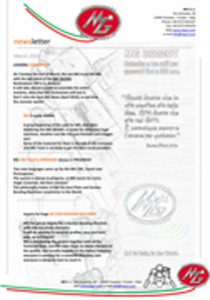 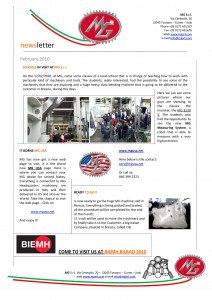 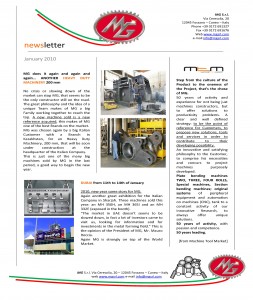 What a great start of a new year! Another heavy-duty machine sold! 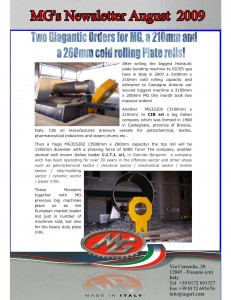 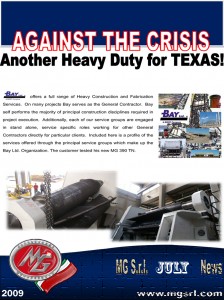 Fighting the crisis! Another heavy-duty sold to Texas, USA. 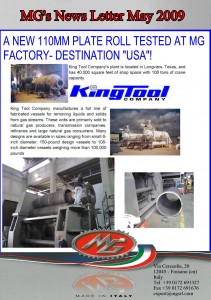 Its name is MG 32520Z and it is the newly-built Italian “monster”. What do you say about the following: 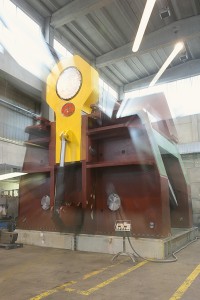 MG is the largest builder of Plate Rolls in the world. In the last 18 months they have sold four 10′ x 10″ rolls and three 10′ x 8″ rolls as well as 45 “bread and butter” machines each and every month right through this recession!

MG is the #1 seller of rolls in Europe and is now establishing their name here in the U.S.

They have over 300 Plate Rolls in the US and Canada; however, most of the machines were sold by a company that was private labeling them. CMF is now selling them under the official brand name of MG. 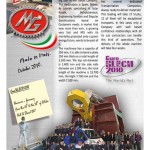 Please click the image to the right to read the full version of the MG October 2010 Newsletter.

From the desk of Cary Marshall
President